The Phelps Mansion Museum is pleased to welcome cellist, Peter Seidenberg, and pianist, Hui-Mei Lin, on Sunday December 5th at 3pm as part of our 2021 Chamber Music Concert Series. 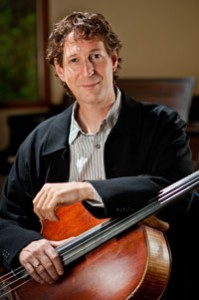 Totally enchanting, inspired performances, brimming with natural, spontaneous musicianship”, raves Gramophone Magazine about cellist Peter Seidenberg. Mr. Seidenberg has played in major halls throughout the US, Europe, and Asia. He made his solo debut with the Chicago Symphony, and has since appeared as soloist with many orchestras including Century Orchestra of Osaka, New American Chamber Orchestra, De Paul Chamber Orchestra, and the Eastman-Rochester Philharmonic. Currently, Peter is the cellist for the Oracle Trio, the Queen’s Chamber Band, and the New York Chamber Soloists.

A native of Taiwan, Lin made her New York solo debut at the Weill Recital Hall at Carnegie Hall as the winner of the Artists International Competit

ion. She has performed solo recitals in many concert series including The Caramoor Music Festival, Friends of Music in Stamford, New York, The Steinway Society of the Bay Area, California, and various colleges throughout the United States. She was described by the New York Times as “an excellent pianist throughout” and the Taiwan News as “a sensitive and powerful pianist.” Dr. Lin is currently the Director of Music at The Briarcliff Congregational Church, and a faculty member of the Sacred Heart University in Connecticut.

Due to Covid-19 restrictions, all guests 12 and older are required to wear a mask regardless of vaccination status!

This program is made possible in part by a grant from the United Cultural Fund, a program of the Broome County Arts Council. Additional support for Broome County provided by the Stewart W. & Willma C. Hoyt Foundation.