So here’s to the mad ones who don’t fit in, the radicals and firebrands. The square pegs
in the round holes; they are the ones who see more than we do and won’t follow the
rules. You can underestimate them or disagree with them, sing their praises or
disparage them, but you’ll never be able to disregard them, because they transform
things and push us all forward; and though some might see them as insane they’re
actually masterminds. 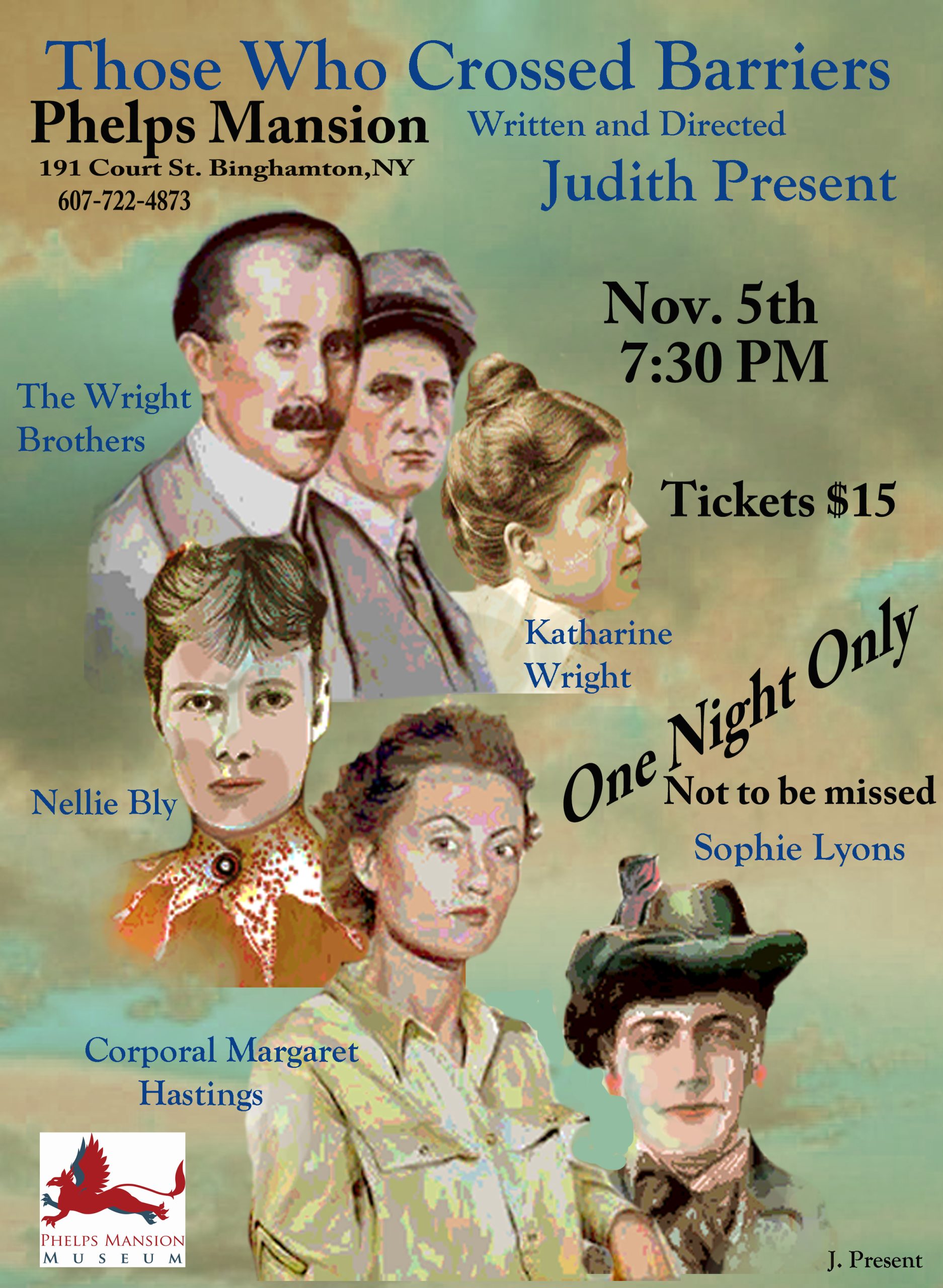 There have always been those who had the initiative to go where no man or woman
had gone before. “Those Who Crossed Barriers” is about Americans brave to cross barriers and
willing to face the consequences. It takes imagination and determination to do so,
yet the people we often think of as the nutty ones are the ones who change the world.

Nellie Bly, who paved the way for women in investigative journalism in a
man’s world.

Sophie Lyons, who lit the criminal world on fire with her wily con-woman
way.

Corporal Margaret Hastings, one of a group of Army WACS who brought women
into the military.

Orville and Wilbur Wright who worked at making a flying machine,
while others gave up.

Katharine Wright, who never made a name
for herself like her brothers, but without her they could not do what they did.

Presentarts is a theater company that brings historical characters on stage as
fundraisers for Museums, Churches, Historical Societies and other Organization interested in historical performances and characters.

Admission is $15.00/person | Reservations Only!

COVID-19 RESTRICTIONS APPLY! All visitors are required to wear masks regardless of vaccine status!