Musical styles in the late 19th and early 20th centuries in the United States mirrored the very real social and cultural changes in the decades following the Civil War and Reconstruction. As the US transitioned from slave economy to one of free labor, sentiments of hope and nationalism dominated the American musical landscape.

Yet these expressions also included a whimsy or nostalgia for a “lost age.”

While some of these were innocent reflections on the inevitable changing of the national landscape, others tapped into long-held stereotypes in support of the Jim Crow-era racial hierarchy. Nonetheless, innovative currents of musical structure and performance paralleled massive waves of immigration and internal migration, giving birth to some of the United States’ most beloved musical genres: ragtime, blues, and jazz.

Matt Hollis is a historian who has studied numerous topics ranging from the American Revolution to slave societies in the Atlantic world. He has edited a vast collection of papers and taught courses on world civilizations and American history at several universities. 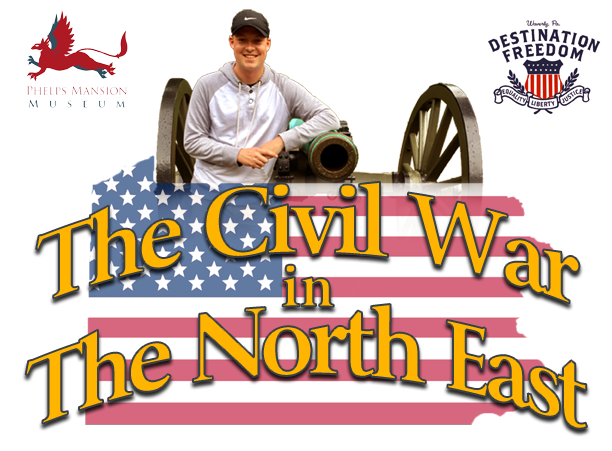 EJ Murphy is an educator and public historian from Scranton, Pennsylvania. He is the Project Coordinator for the Waverly Community House’s Destination Freedom: Underground Railroad Walking Tour of Waverly program and teaches social studies at the Howard Gardner Multiple Intelligence Charter School in Scranton.

EJ will discuss the Destination Freedom: Underground Railroad Walking Tour of Waverly program as well as the Civil War era connections between Binghamton, Waverly, and the rest of Northeastern Pennsylvania.

In accordance with NYS Safety Guidelines during the COVID-19 Pandemic, all non-vaccinated guests are still required to wear masks!